Requirements management of software and systems where requirements matter. ReqView is trusted by customers from regulated industries to achieve compliance with safety critical standards.

ReqView is a simple to use requirements management tool for capturing structured requirements for software or system products and managing traceability links between product requirements, design, tests and risks. 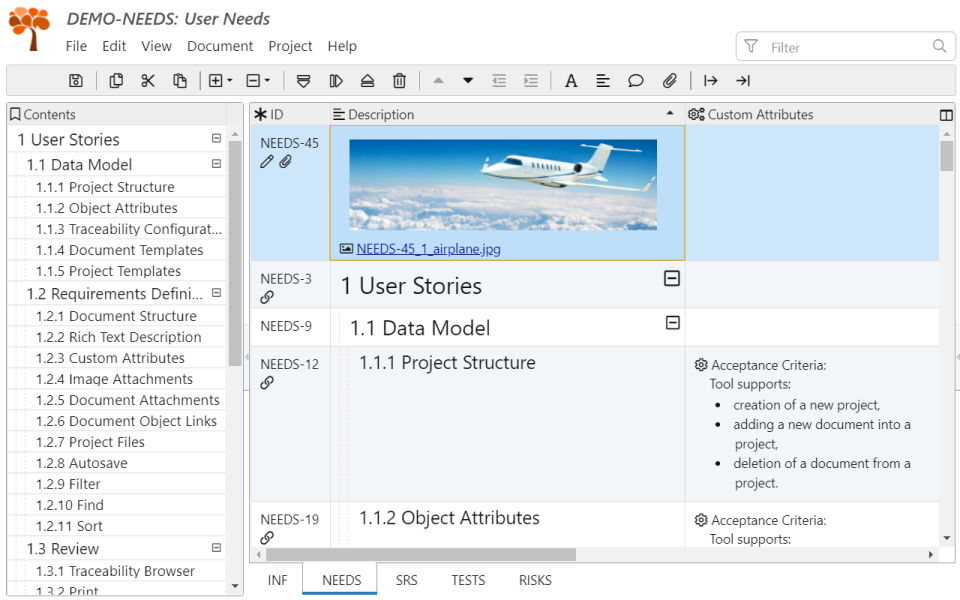 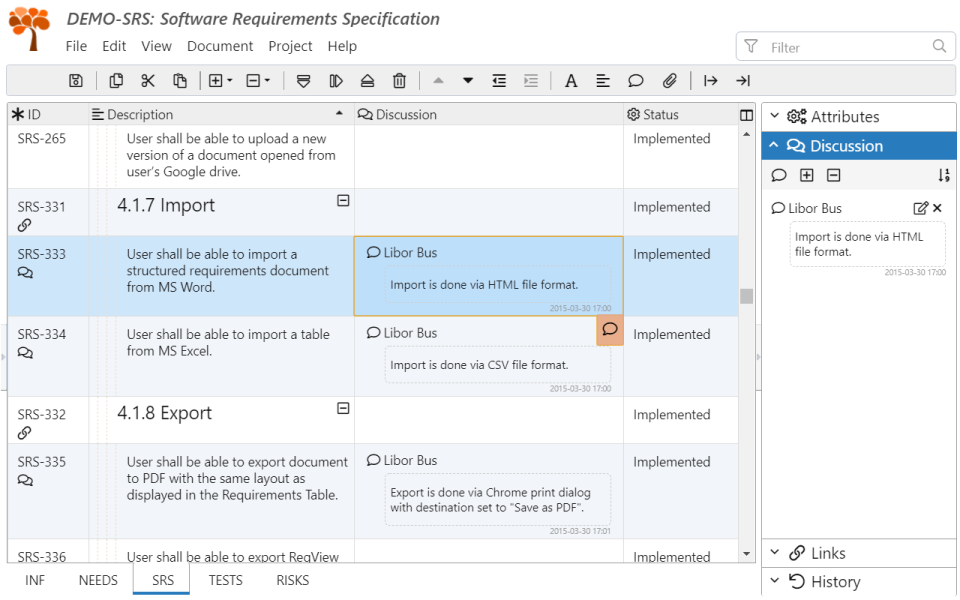 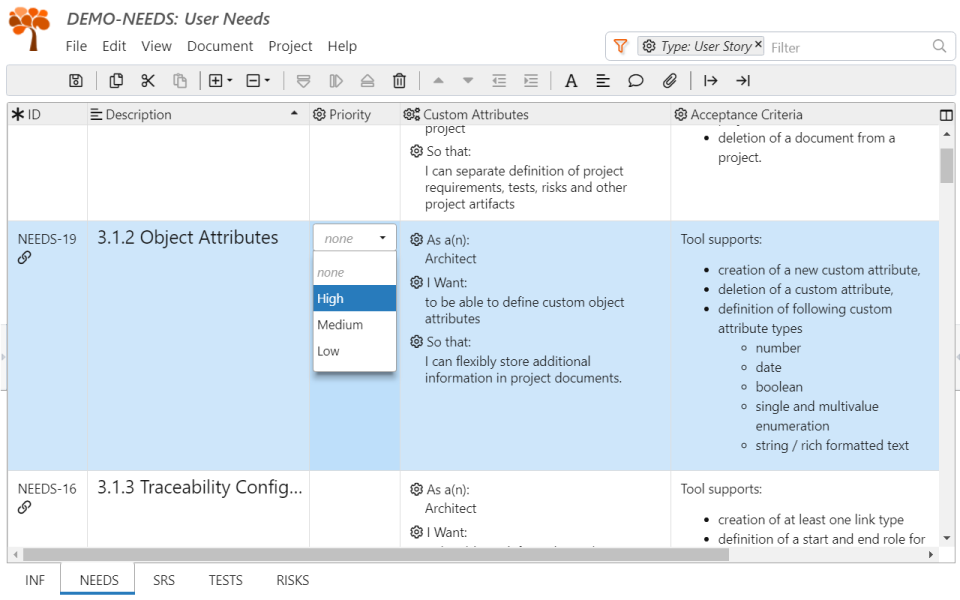 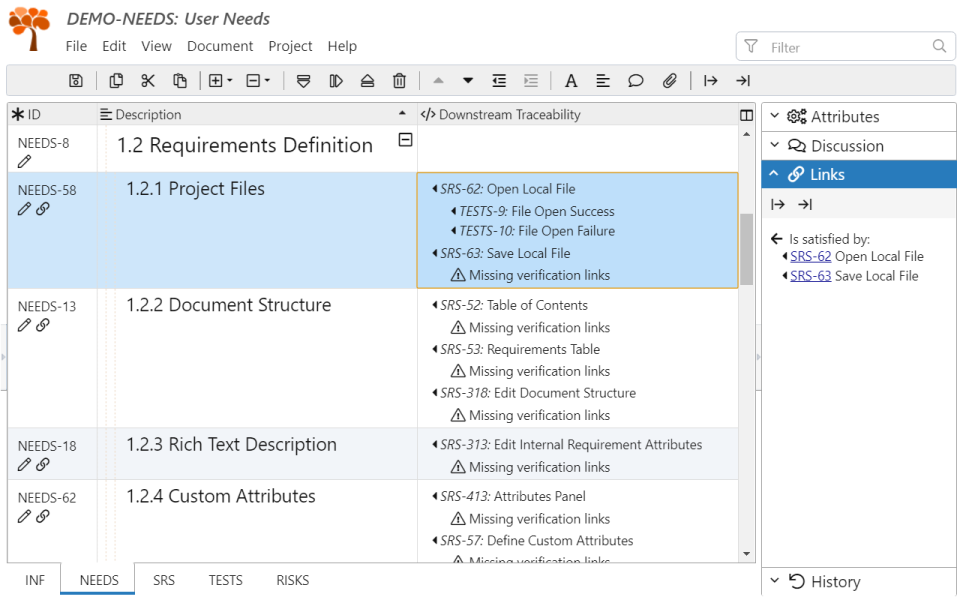 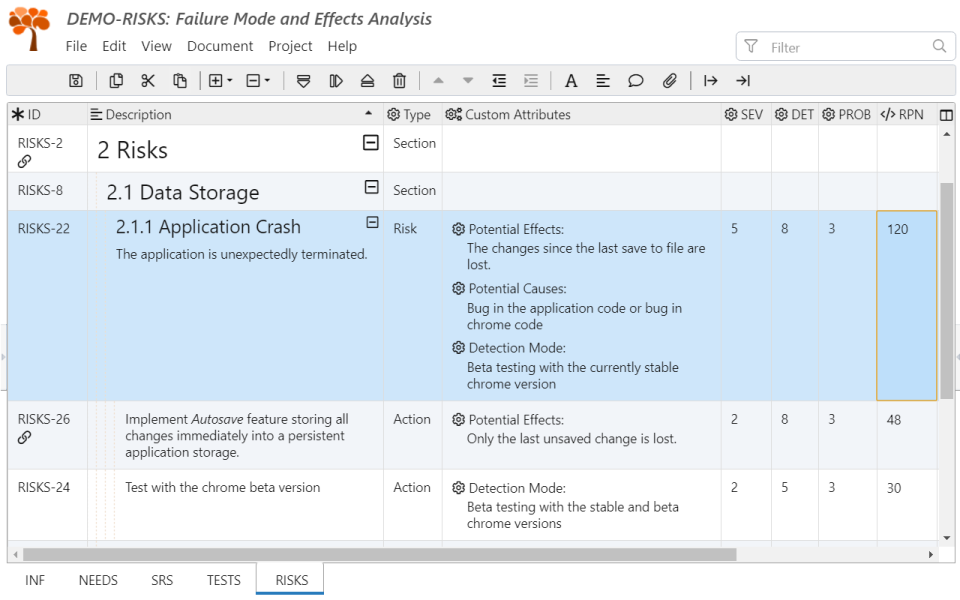 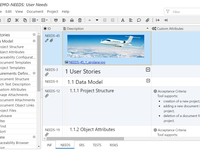 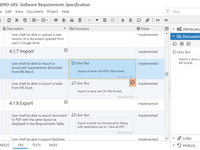 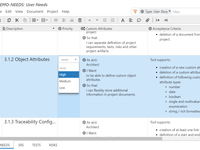 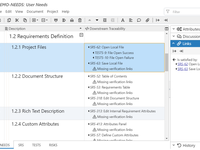 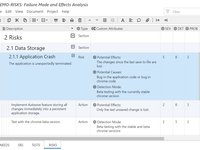 "Exactly what I want for a requirements management tool"

Puntos a favor: I wished for something like this software for years - a world above manual requirements management in Word or Excel, inexpensive, able to customize to whatever extent you want. I use it for tying together system/stakeholder requirements, design architecture, risk management, and verification testing. The support is top-notch - I've received replies within a few hours of every question I've asked, and they even implemented an update into their software within a few weeks of me outlining a particular issue I ran into.

Contras: Takes some learning to get it set up correctly and some additional examples to start from would be helpful. Exporting documents (to Word/PDF) is a little clunky.

Thank you for wonderful review! Regarding export to Word, please check ReqView v2.8.0 , which we released recently. This version introduces enhanced direct export of MS Word DOCX and MS Excel XLSX files. You will like it.

"'Right-sized' between capability versus ease of use and maintenance."

Comentarios: An easy-to-implement and -maintain requirements management system. It doesn't try and be the answer to everything we have ever needed in our development process, which usually leads to overly complicated software which drives your system, rather than the other way around. ReqView fills just the slot we need it to.

Puntos a favor: We are a small development group that does not have the bandwidth to justify dedicated resources to learn and customize a complex tool. We have periods of heavy activity followed by months of not touching the tool, so ease of use was at the top of our list of priorities. Additionally, being in the medical device field, we already have many systems in place and do not want to disrupt what is already running smoothly. ReqView is very specific about what it is trying to accomplish, and does it well. It is easy to learn (we have only needed the online documentation) and the pricing makes it a no-brainer to start playing with. The product is definitely a work in progress, with new features being added on a regular basis. A couple of them have been as a result of requests I made personally, so you can't get better responsiveness than that! Rather than trying to do everything, ReqView provides straightforward import and export to standard MS Office software. For version control, we treat it like source code in a Subversion database, but it can be used on a shared drive. Updates are easy and automatic. It's not SAAS, which our IT department would have nixed for security reasons, plus there's not the delay involved with remote servers.

Contras: Customization of outputs to fit the needs of the project documentation is usually a bear, and ReqView is no exception. We had the same issue (except worse!) with previous RM software. Someone who is well-versed in HTML and CSS might find this easy, and there is copious documentation available at w3schools.com, but I admit to spending much more time to generate a half dozen or so output scripts than the rest of the first project in its entirety! Now they are done, so it's no longer an issue for the future, but it was a steep curve. Obviously, if you only need formats closer to those provided, your experience will be easier.

"Perfectly-sized requirements management tool with all the most relevant features; responsive team"

Puntos a favor: It has apparently been created by people who understand requirements management. It checks almost all boxes that are important to me. It pretty much takes the good parts of DOORS, and leaves out the bad ones. The ReqView team are very responsive, and attentive to the desires of their users. I have great expectations for future releases.

Contras: There are currently three different implementations (native app, web app, Chrome extension), all of which are missing a bit of functionality that's important to me, even though other implementations have it.

Comentarios: Previously we were doing Requirements-Engineering with MS Office (and lots of scripts).
ReqView enabled us to quickly switch to a Database driven tool. ReqView is easy to use and is effectivly tailored for lean documentation.
The JSON-Files of ReqView are easy to process with python-scripts, so we can generate Latex documents. And generate our traceability analysis.
In addition to Requirements, we also included RiskAnalysis into ReqView, which also was Excel-based before.

Puntos a favor: Easy to use, having most of the features needed for managing requirements in our projects.
Unlike many other tools, ReqView is not overloaded with lots of stuff you won't ever need.

Contras: Realtime Collaboration ist not yet implemented. Working two or more people on same documents sometimes is difficult. But it looks like ReqView V3 will include that feature soon.

Hi Oguz,
Thanks for the awesome review. Moving the team collaboration experience to the next level is our main focus at the moment.
Regards,
Libor

"Reqview als an alternative to Excel"

Puntos a favor: First of all: It's lightweight and not bloated like many other requirement engineering tools. During a relaxed afternoon you'll be able to have played with *all* of its features and have learned how to use it.
Also important: The database format is basically just plain ASCII which makes it easy to compare with earlier versions, easy to be parsed by scripts and easy to convert to whatever-you-want.

Contras: Currently a licence expires after one year. There are no liftime licences.

Thank you for your awesome review! We are amazed how powerful automated document generation back-end have you set up.

Regarding perpetual license, we are flexible and can offer a longer licence period fitting your needs, for instance PRO license valid for 5 years.